Deep Relaxation, Serenity, Vitality and Lucidity for You and Your Family! 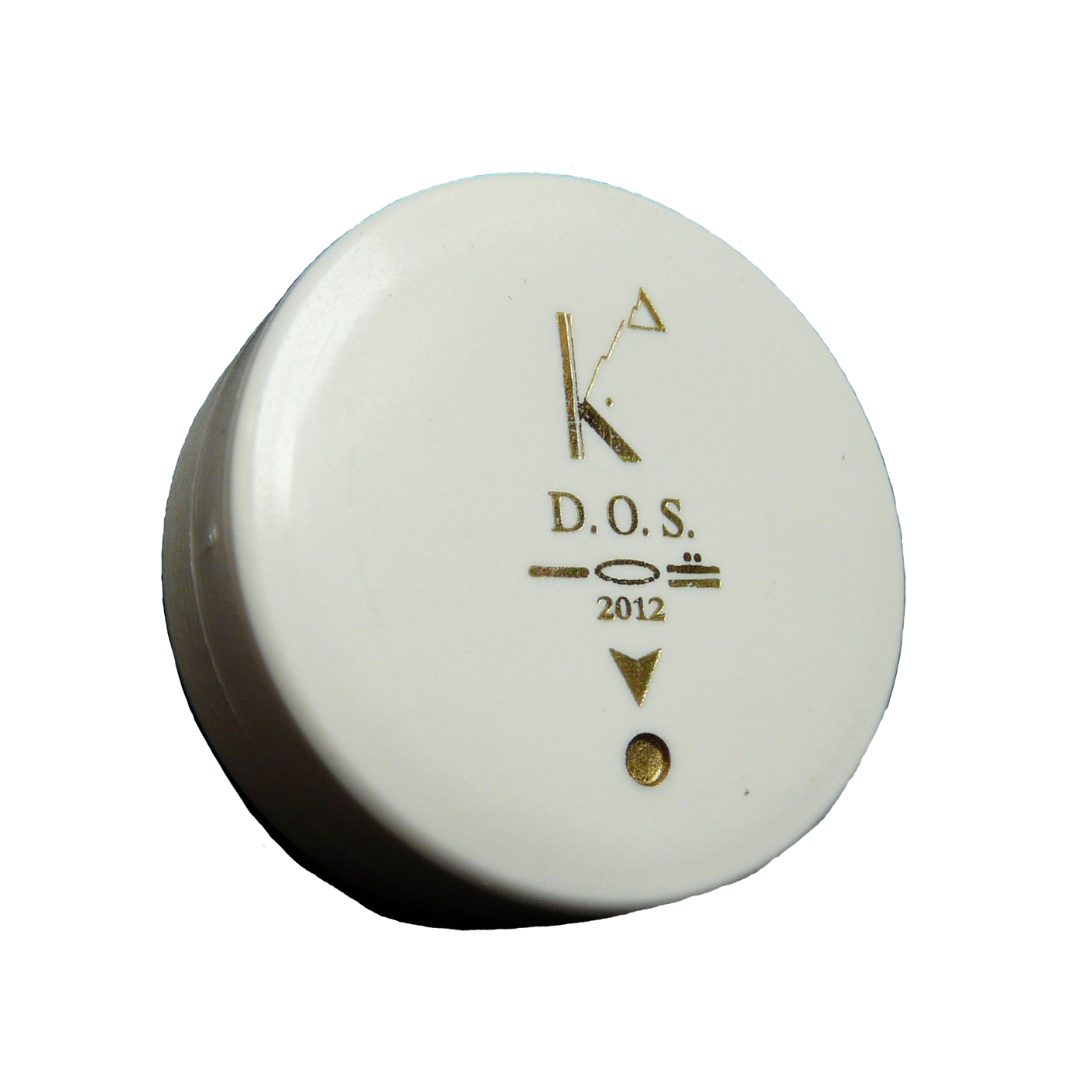 D.O.S. Disk is a portable device wich has a basic feature the capacity of stimulating the optimization of a system.

D.O.S. Disk has an energetic field that sends information inputs when in direct contact with: 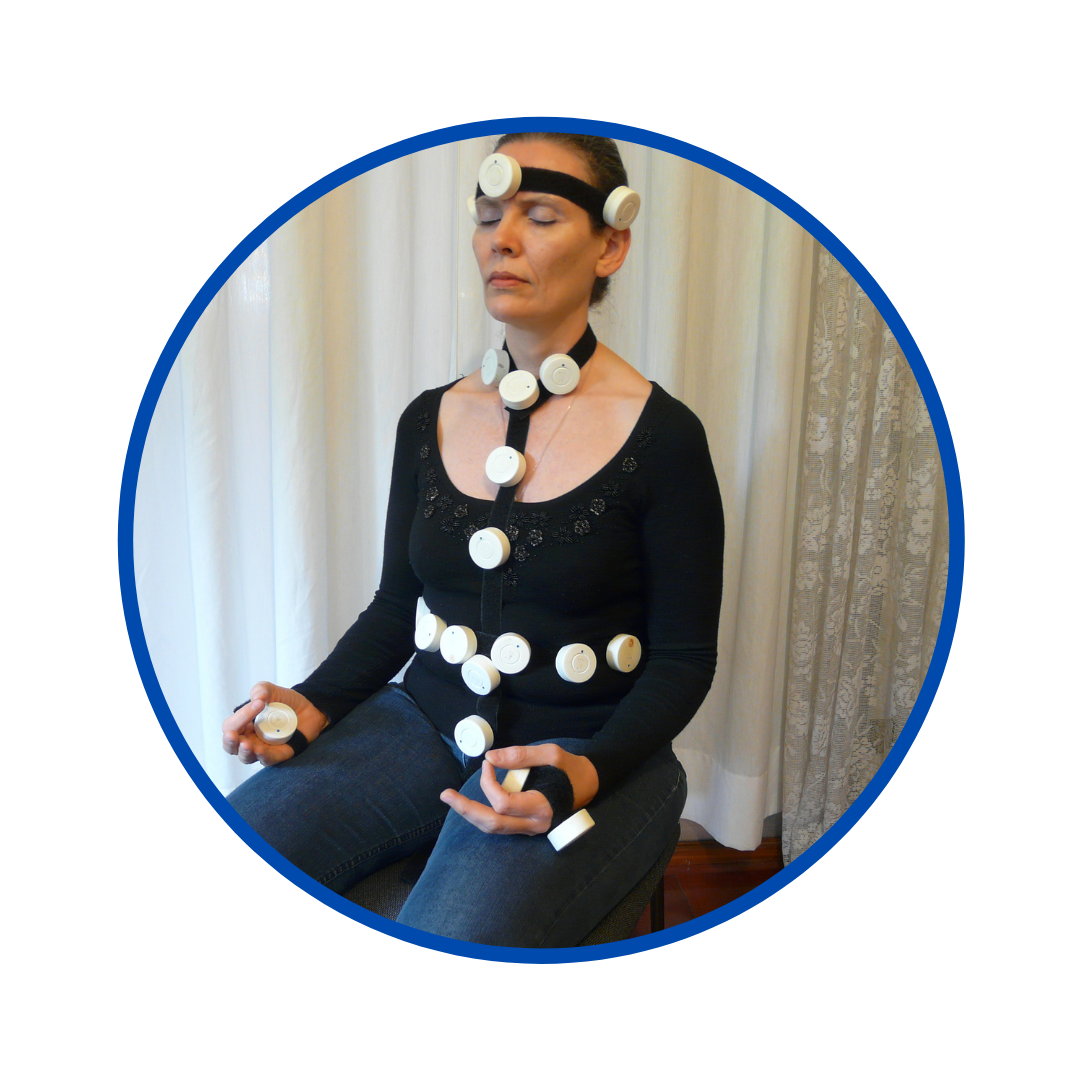 D.O.S. Disk is a technological device that stimulates a state of deep relaxation, serenety, vitality and lucidity. 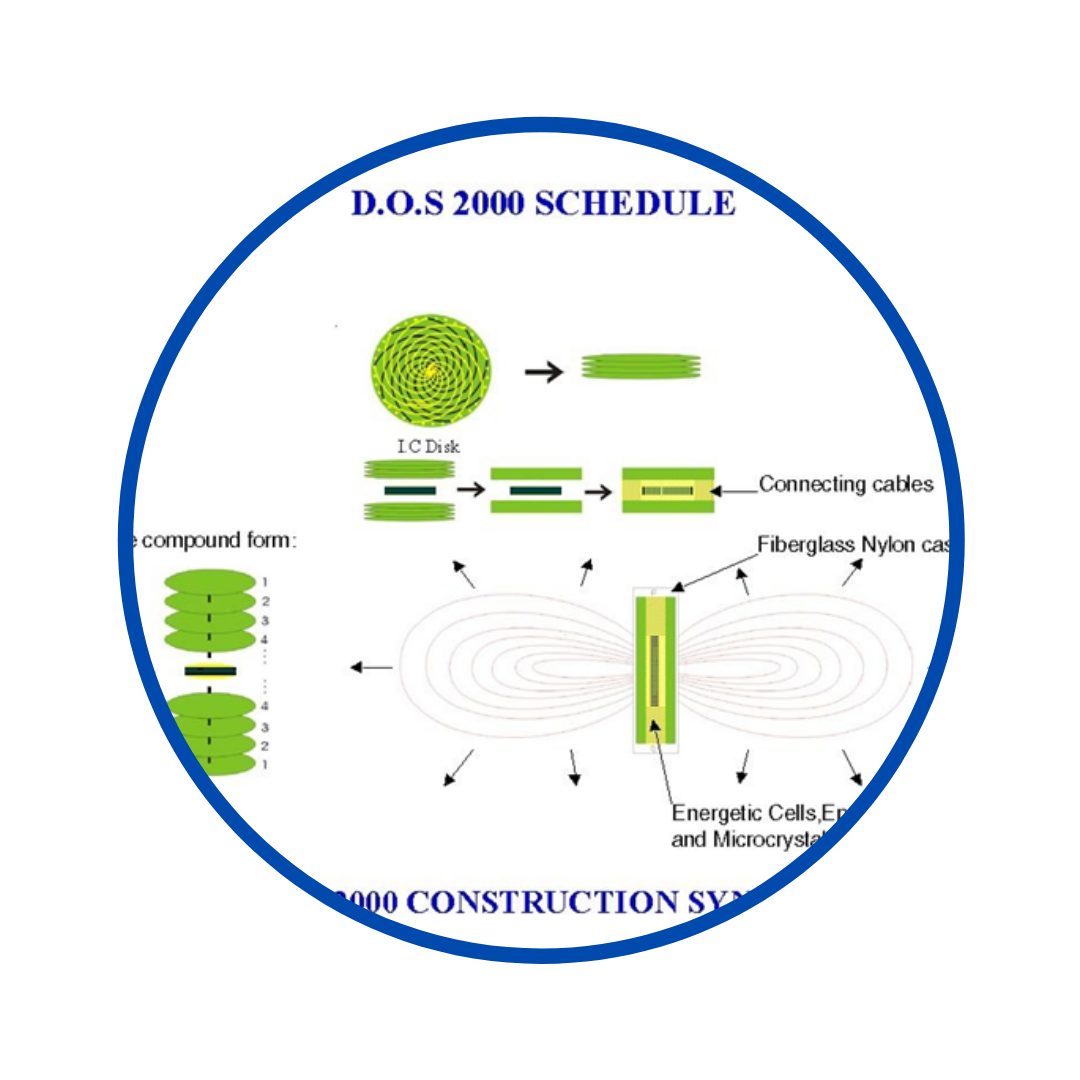 We must consider the D.O.S.® System as a "Toroid System" whose essential characteristics can be set out as follows:

The D.O.S.® System is constantly balancing, self-regulating and always whole.

The Toro or the Toroidal System is the main scheme that the "Life-Existence" uses to manifest itself in any octave micro-macro.

The D.O.S.® System is self-organizing, complete himself and is a Vital Vortex.

The D.O.S.®, Toro System, is always in a vector equilibrium; this represented in the drawing by the Flower of Life, and used and incorporated thousands of years by many Cultures to show the harmonic dynamic of Life.

what says who uses them 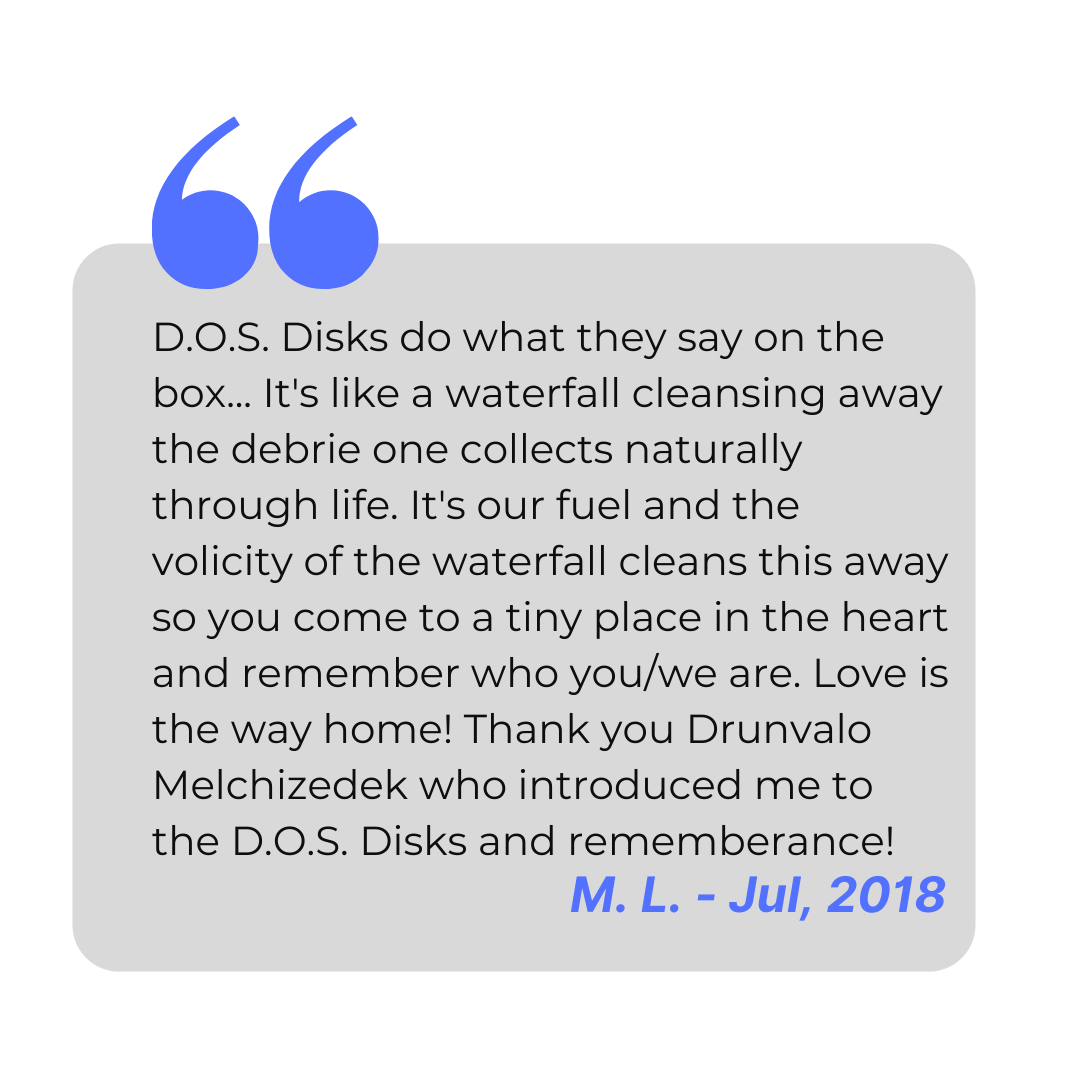 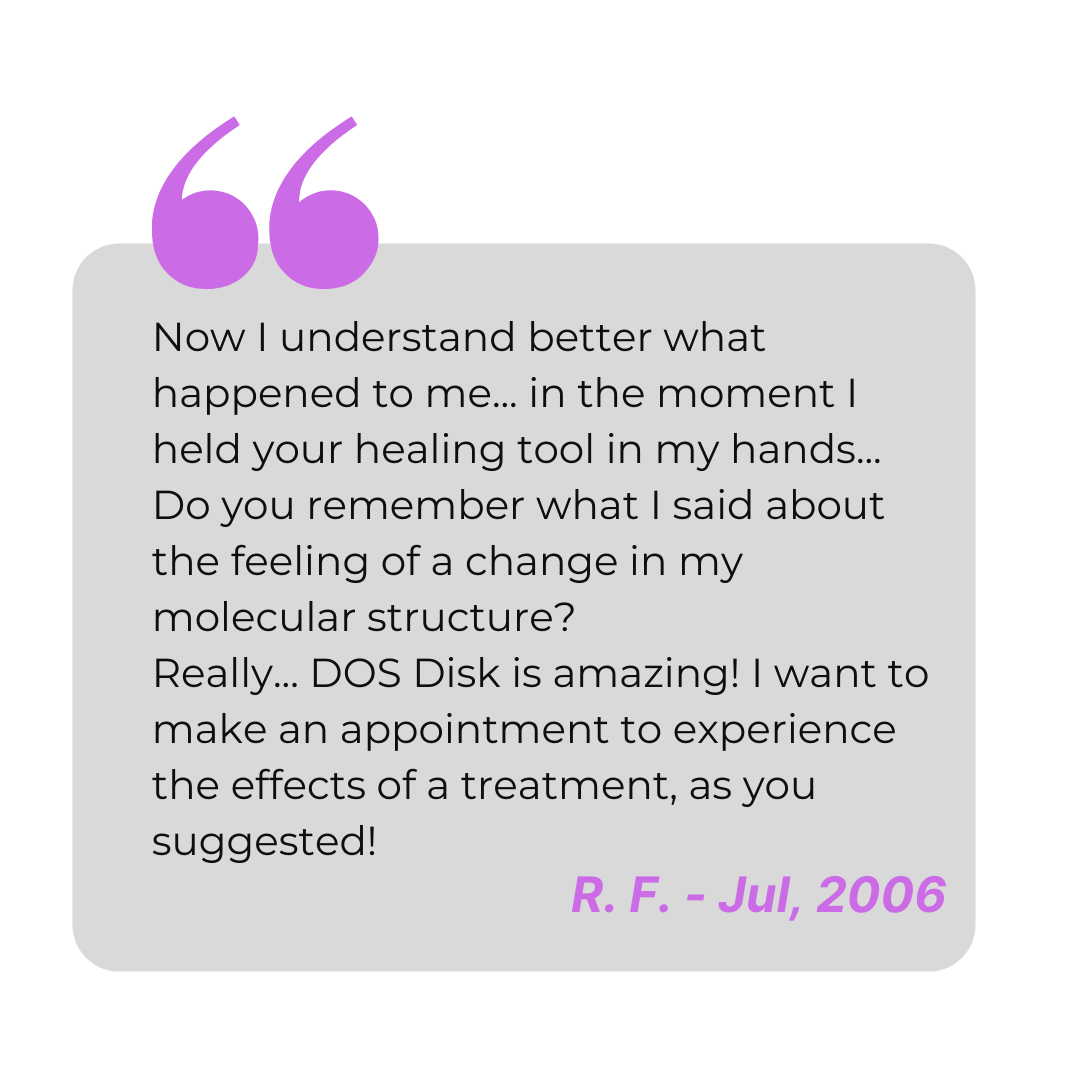 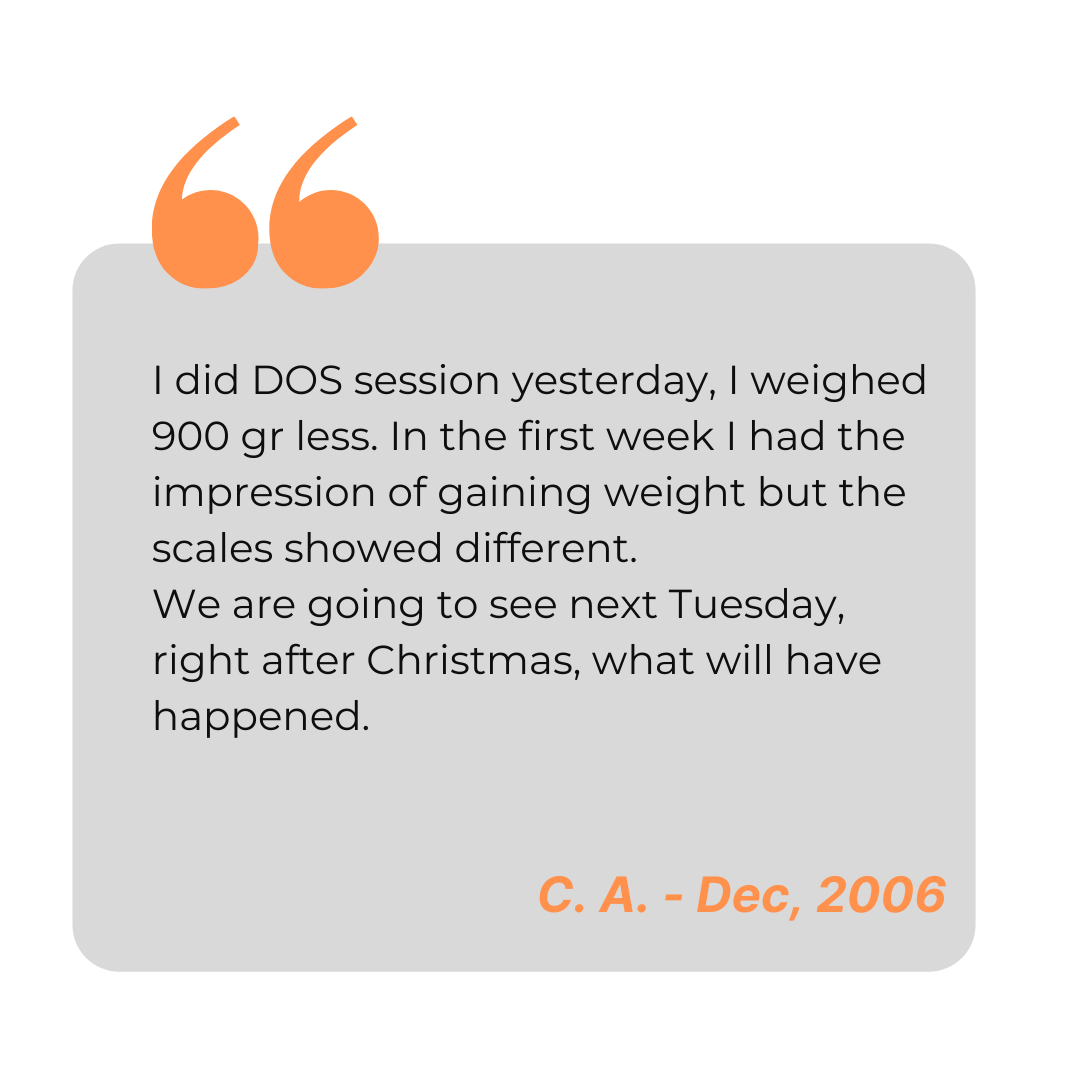 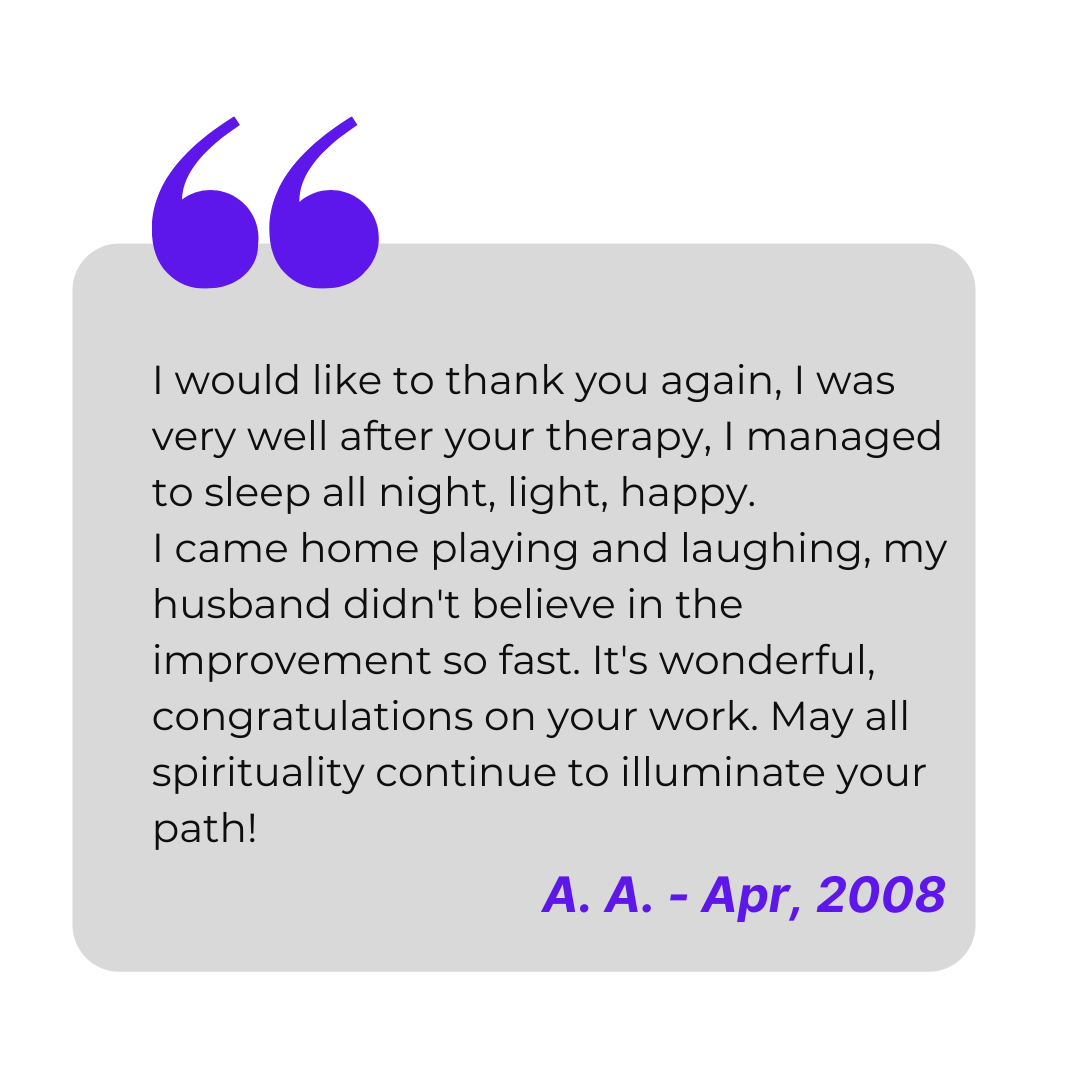 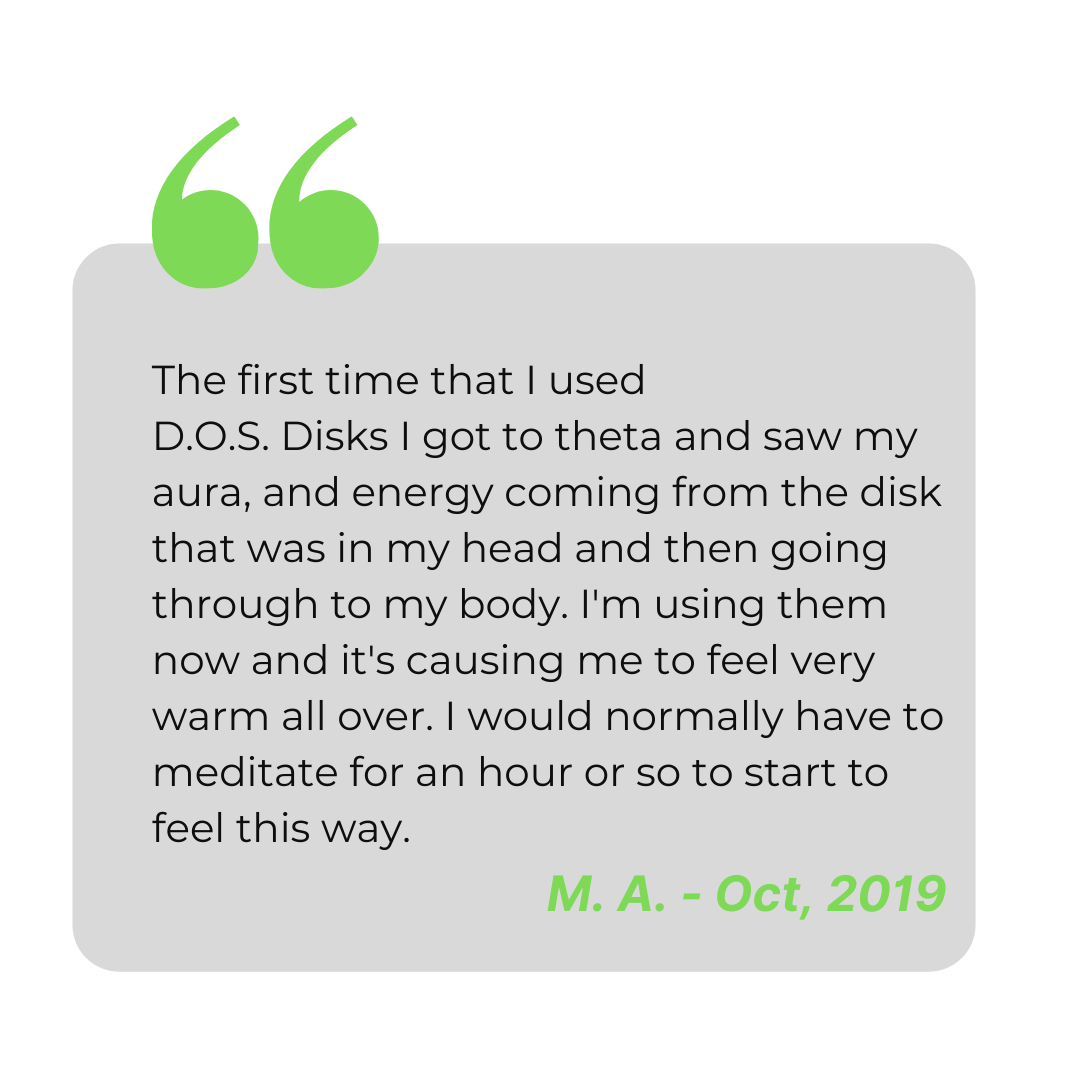 The Flower of Life is a design-symbol whose concepts and compositions can be found in D.O.S.® Disks and it represents a set of vectors converging toward the center of a multidimensional structure, which stabilizes and load balances the same center, as happens with the spokes of a wheel.

We also find it appropriate to recall other aspects of the structure "energy" that are believed to act on D.O.S.®:

The D.O.S.® System is the result of 40 years of research into the so-called ‘vital energy' or subtle energy systems of the human organism. It is meant to be used to activate, transfer, and metabolize the energy that since antiquity has been called: Prana, Ki, Odic Force, Orgone Energy, Vital Energy ecc.

D.O.S. DISK CHAKRA HEALING is the result of the interrelation of a set of elements organized in an architecture based on multidisciplinary concepts. 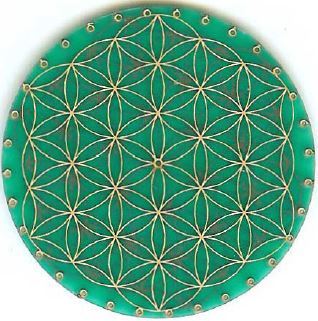 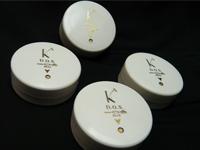 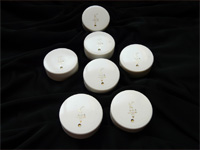 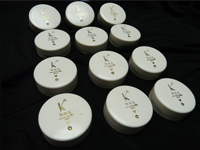 D.O.S. Disks Chakra Healing set can be formed by:

The central core is a 4-pole discoid that allows a more constant and uniform distribution of the energetic feature.

So, what changes from one D.O.S. Disk Chakra Healing to the next version?

Each D.O.S. Disk Chakra Healing version was developed with resonant forms of the Sacred Geometry compatible with the vibrational complexity of the planetary moment.

To find out how to use each set, ask for the basic usage guide.

Any set of D.O.S. Disks Chakra Healing can be used

simultaneously with any D.O.S.®‘s earlier versions.

If you have some D.O.S. Disk Chakra Healing earlier versions, those can be used normally.

All  D.O.S. Disk Chakra Healing of any year of manufacture are compatible to work together with the actual model 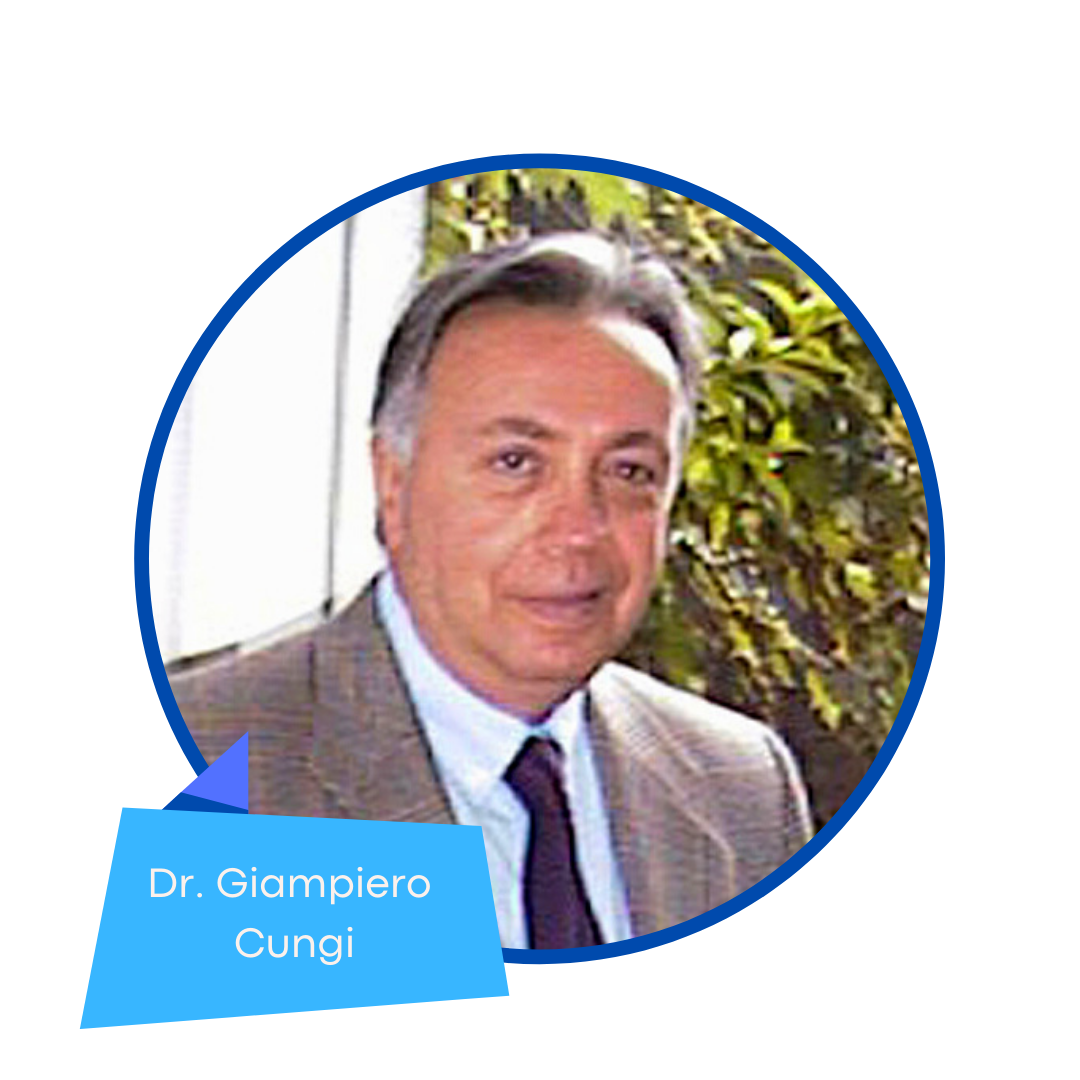 Dr. Giampiero Cungi is a research scientist of subatomic physics, cosmological physics and parapsychology since 1966.

Electrical engineer, mechanical-industrial equipment designer, businessman abroad and in Brazil, is also a member of the Institute of Noetic Science of California, USA.

Inventor of several cutting-edge technologies aimed at the balance of the human body, among them Sathion Audio system, Sathion Triphasic, D.O.S. parable, D.O.S.® SaiTron for food industries and other equipments.

International lecturer, he travels the world giving workshops on his discoveries and offering his technologies to diverse therapists around the world.

Among them he gained prominence with the famous spiritualist Drunvalo Melchizedek that included D.O.S technology in his workshops as being, in his words, "the best technology for the harmonization of chackras that currently

Doc. Cungi currently works in the area of ​​scientific research, development and auditing of new technologies for the wellness and rebalancing of vital energy, at the company DOS Energy, in São Paulo, Brazil. 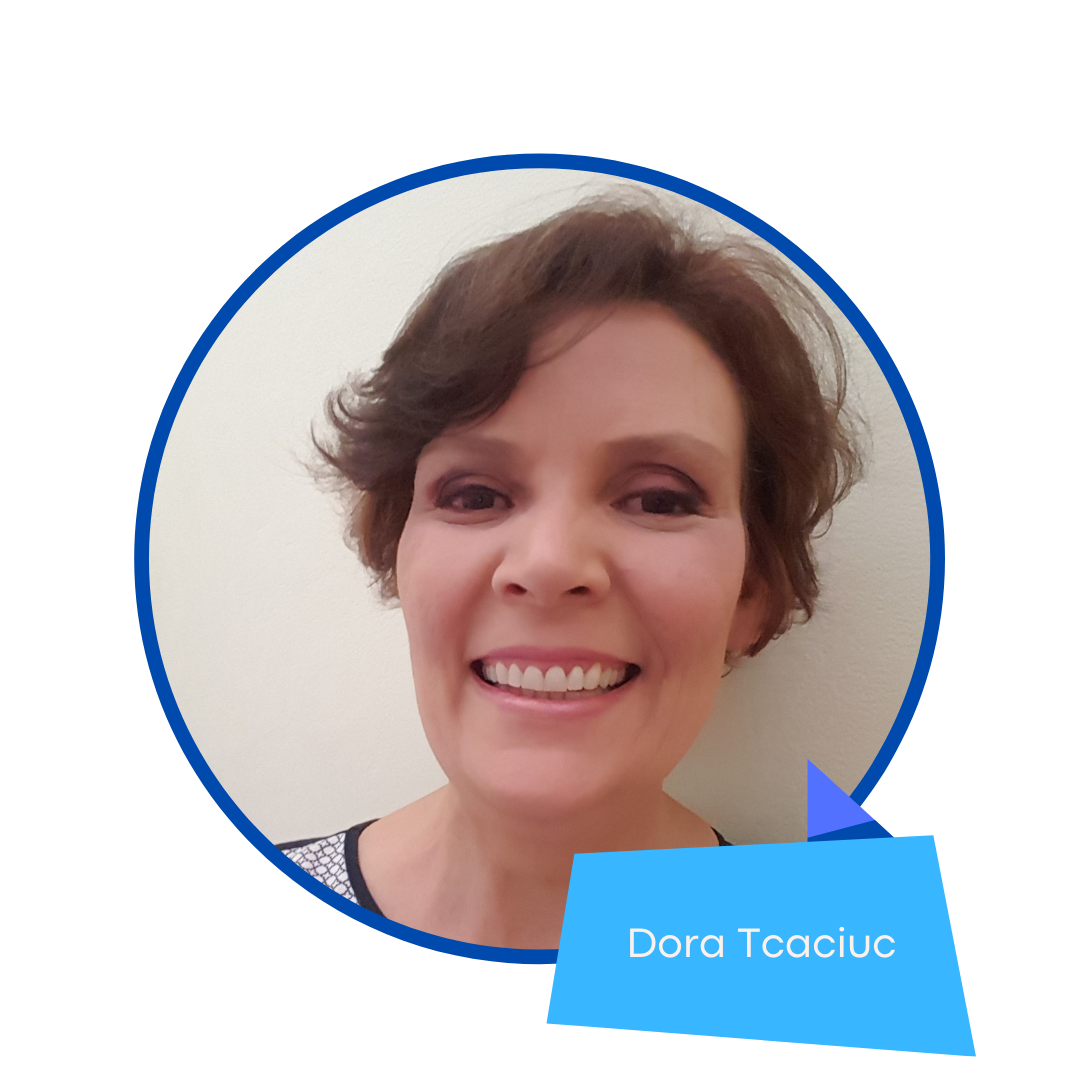 Dora Tcaciuc is a differentiated esthetician, formed by SENAC São Paulo, which she includes in her services the most diverse techniques and holistic methods of therapy and energy stabilization.

She had taught in the Technical Course of Aesthetics at the Red Cross Training Center in São Paulo, teaching topics of Hair Removal and Makeup, always presenting the holistic vision for her pupils.

Energetic sensitive, she is specializes in the use of D.O.S Disks Chakra Healing.

An entrepreneur since 1992, she currently manages the marketing and commercialization part of the D.O.S. Disks and other equipment of the D.O.S. System, developed by the renowned Doc. Cungi.

Where you can find D.O.S. Disks

In USA, a great friend of D.O.S. Disks is the scientist, physicist, mathematician, inventor and researcher Drunvalo Melchizedek.

Drunvalo gives lectures and teaches courses around the world.

He contributes tirelessly with awareness projects and environmental preservation.

In his courses and lectures, Drunvalo mentions about D.O.S.® concepts to his students, thus spreading the power of harmonization of systems.

Rachel Pelletier is an international spiritual coach and Awakening The Illuminated Heart Teacher.

Please, wait for update from our partner in China.

Please, wait for update from our partner in Czech Republic.

Tom de Winter is an international bodywork coach and trainer and has over thirty years of experience in giving trainings to companies and members of the public.

Tom also is an Awakening The Illuminated Heart Teacher.

Bio-Naturopath with techniiques as pranic healing, reflexology, nutraceutical counseling, among others.

Please, wait for update from our partner in Hungary.

Please, wait for update from our partner in Poland.

Fill out the form below to send your question, suggestion or